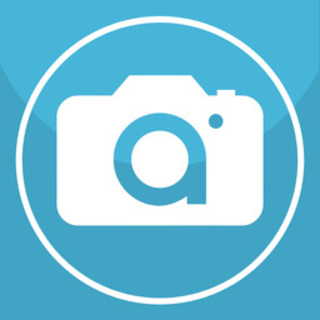 When l Found Christ ✝️, I Battled !🔥🔥
I fought so hard to save the souls of my Ememies and other people’s souls. People that dispised me and some Lied about me even though they didn’t even really know me. I wanted them to find their way back to Jesus Christ ❤️🔒 Their first Lover and Great Great Very Ancient Father. In the process of trying to battle their spiritual warefares- I was left bruised; wounded somewhere and hurt somewhere 💔 🤕. I really believed l could help them see the Light and the Love of Christ again. I did everything that l could to help them- & l conquered hell 🔥🔥 I Scarified something only God knows about me and for them.🌟🙏 #Hey! 😊Jesus Christ is a restorer and a healer. He will help me ✝️❤️🎉🎊🎉🎊 Would anybody so Kind and Spiritual enough fight my spiritual warfares for me and or on my behalf ?? ❤️✝️🌟🙏 Hmm 🤔? It’s not that l can’t do it for myself but could you? Would you help me ?? Honestly deep down- I like and love my enemies. They are my brothers and sisters in Christ. They are not my enemies and neither should they be yours. 😊🌟🙏🎉🎊🎉🎊 Evil forces came between us and Evil prevailed but l realised that soon enough that it was the devil trying to kill, steal and Destroy all of us. ☺️😊 Thank you ❤️🌟🙌 @lisa_m_26x
www.atomgram.app

Give it back devil!! 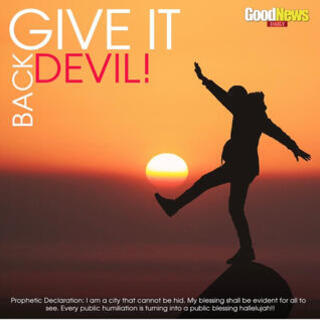 Give it back devil!!
This is a PROPHETIC WORD FOR you on Tuesday, Jan 12 Give it back devil!!  Proverbs 6:31 But if he (the thief) be found, he shall restore sevenfold; he shall give all the substance of his house.   People are busy asking God for money that the devil stole. The bible says open your eyes and get it! You’ve found the thief, let him give back what he took and some more!! Look at the audacity of Paul;    Acts 16:35-37 And when it was day, the magistrates sent the sergeants, saying, Let those men go. And the keeper of the prison told this saying to Paul, The magistrates have sent to let you go: now therefore depart, and go in peace. But Paul said unto them, They have beaten us openly uncondemned, being Romans, and have cast us into prison; and now do they thrust us out privily? nay verily; but let them come themselves and fetch us out.   Boy oh boy do you see that? Paul after being wrongfully imprisoned demanded for the magistrates who had put him in there in the first place to come and fetch him out in the exact same fashion. This man knew who he was. He had found the thief and he wanted the thief to pay hallelujah!   Get back what belongs to you by force! Boldly stand up to the devil and tell him to bring back the joy he stole, the peace he stole, the health he stole and the money he stole too WITH INTEREST. At least seven times over he needs to give it back!   Every public humiliation you have suffered, you shall be publicly blessed times seven in Jesus Name!    Prophetic Declaration  I am a city that cannot be hid. My blessing shall be evident for all to see. Every public humiliation is turning into a public blessing hallelujah!!     Further Study  Matthew 5:14
www.atomgram.app
Liked by @GChristelle and more... 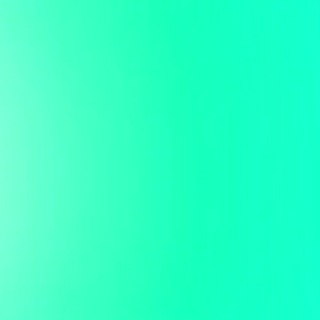 Don’t be a Fake Christian 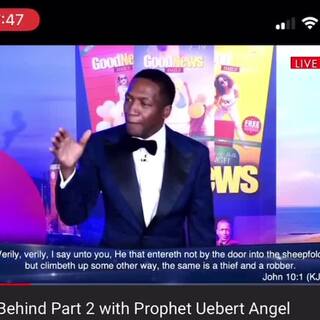 Don’t be a Fake Christian
We must go through Jesus and Jesus must be in us
www.atomgram.app
Liked by @GChristelle and more...

The Power of Thought 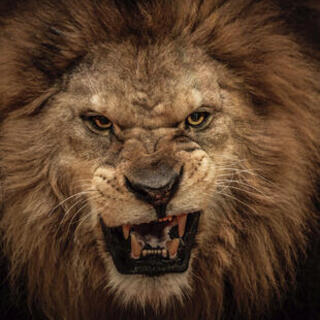 Beverly Angel 's post on AtomGram
âBe sober, be vigilant; because your adversary the devil, as a roaring lion, walketh about, seeking whom he may devour:â 1 Peterâ¬ â­5:8â¬ â­
www.atomgram.app

Hear the GREATEST LESSON I learnt🤫

Watch "H.E The President of Republic 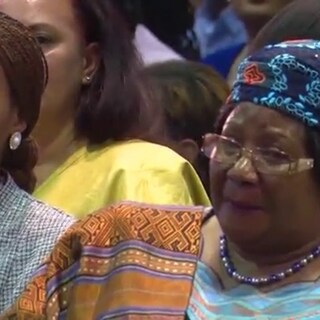 ARE YOU RAPTURE READY! 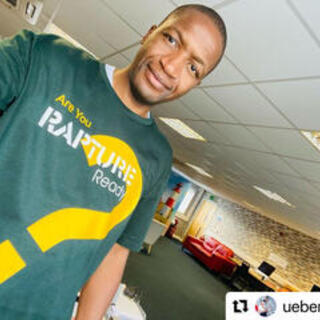 ARE YOU RAPTURE READY!
Order Your Rapture Ready T-Shirts Today From https://www.uebertangel.org/product/are-you-rapture-ready-t-shirts/
www.atomgram.app

THIS IS GOD’s PROPHETIC WORD ... 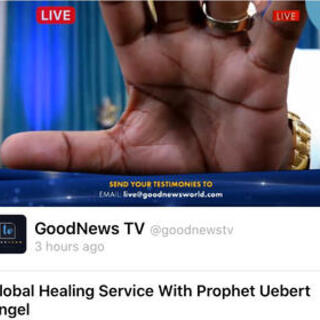 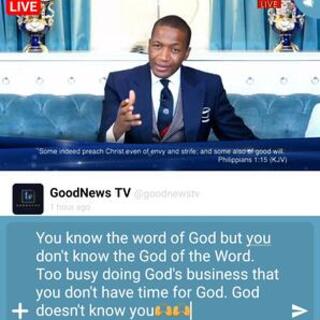 GLOBAL MISSIONS WEEK FINALð¥â¤
Thank you so much prophet for the message you have poured out onto us throughout the week. I am indeed blessed and my perspective about what I'm supposed to do has gone beyond my imagination. Thank you for giving me the opportunity to Express the Love of God bestowed in me through the Goodnews global vision. Hallelujah ðð #GoodNews #SpiritEmbassy #uebertangel #bebeangel #SpiritEmbassy
www.atomgram.app
Liked by @Priyakambo and more... 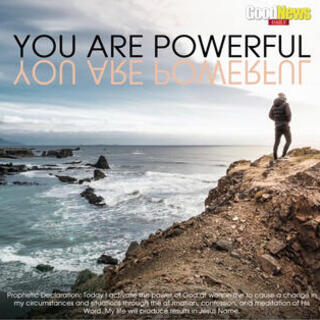 You are powerful!
This is a PROPHETIC WORD FOR YOU on Saturday, Sep 26 You Are Powerful Ephesians 3:20 Now unto him that is able to do exceeding abundantly above all that we ask or think, according to the power that worketh in us Do you know the power you have inside you? Indeed, the God we serve, He is God, and He is all-powerful; and with Him all things are possible. However, it is important to note this truth, the power to change things. His power to produce the miracle you desire or require is already inside you! And Itâs your responsibility to activate it. As we see in the verse above, we learn that whatever God will do in your life is to the extent of the operation of Hispower in you. Today, activate the Power of God inside you by affirming His Word with boldness. God and His Word are one. When you declare the Word concerning any situation, youâre invoking His power to bring about a change in that situation. If you want to see the release of the power of God in your life, maintain the habit of meditating on the Word; contemplate and voice the Word. PROPHETIC DECLARATION Today I activate the power of God at work in me to cause a change in my circumstances and situations through the affirmation, confession, and meditation of His Word. My life will produce results in Jesus Name. FURTHER STUDY Mathew âª17:20â¬
www.atomgram.app